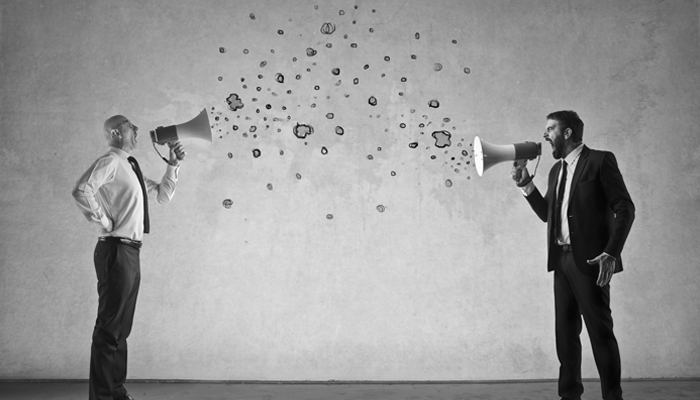 Earlier this month, I had the opportunity to speak at Perrin’s Emerging Insurance Coverage and Allocation Issues Conference in Philadelphia. The conference covered a wide range of current topics and generated a great amount of discussion between panel members and conference attendees.

My panel — “Priority of Coverage - How to Determine Which Policies Apply and In What Order?” — discussed issues generally related to when two parties enter into an agreement that conflicts with their insurance policies. I moderated a discussion between Sheryl W. Leichenger from Selman Breitman LLP and Elizabeth C. Sackett of Hermes, Netburn, O’Connor & Spearing, P.C. We discussed ways to evaluate priority of coverage with the concept of risk transfer in mind and the added complexity of duplication of coverage for the same loss, indemnity agreements and jurisdictional implications.

We based our presentation around a hypothetical example involving a beach resort called “Seaside” and a management company named “Beacher”. Seaside and Beacher entered into a Management Agreement (MA) under which Seaside was the “owner” and Beacher was the “operator”.

The MA required that both Seaside and Beacher maintain a $1 million primary general liability policy as well as $10 million in umbrella coverage. Accordingly, Seaside purchased a $1 million GL policy and a $10 million umbrella policy with Seaside as the named insured on the policies, and Beacher, as Seaside’s “real estate manager”, qualified as an insured on the Seaside primary policy. Beacher maintained their own liability insurance providing $1 million of primary coverage and $10 million of umbrella coverage. All four of the policies had Other Insurance clauses stating that each policy “will be excess over any other valid and collectible insurance for damages covered by that policy”.

One summer Brian, Carl and Dennis Waterslide (the “Waterslide Boys”) performed a concert at the resort and celebrated with a midnight room service snack. The next day they became ill and were hospitalized. The Waterslide Boys canceled several concerts due to their illness. Once recovered, the group filed a lawsuit against Seaside and Beacher seeking damages for the alleged food poisoning they suffered while at the resort.

Seaside and Beacher settled the lawsuit for $4 million, and the settlement agreement provided that the defendants were jointly and severally liable for the settlement amount. All four insurers funded the $4 million settlement amount ($1 million each) through an interim agreement, with all insurers reserving their rights to resolve the coverage and subrogation issues at a later date. Soon after, Beacher’s primary and excess insurers sued Seaside’s primary and excess insurers seeking reimbursement for the $1 million they each paid, claiming their policies owed no obligation to participate in the settlement.

Given the hypothetical, the panel debated a number of questions:

Can Beacher’s insurers obtain reimbursement from either of Seaside’s insurers on a theory of contribution?

Elizabeth explained that Beacher has two lines of coverage for the same exposure: it has its own policies and it also qualifies as an insured under Seaside’s policies. All four policies face exposure for the food poisoning claim. Generally speaking, when there is duplication of coverage, we look to the Other Insurance clauses to determine priority. Since all four policies had the same Other Insurance provisions, they can all claim to be excess over any other valid insurance for the same exposure. When this happens, the courts will deem the Other Insurance clauses to be mutually repugnant, thus canceling each other out. In this case, the result is based on the language in the policies rather than the MA.

What if the Beacher line of coverage had different Other Insurance provisions? For example, what if it was modified by endorsement to make Beacher’s coverage excess over all policies under which Beacher qualifies as an insured for its management activities?

In this case, since the Other Insurance provisions are not identical, they are not mutually repugnant. The Other Insurance clause in the Beacher policies specifies the limited circumstance under which they will respond on an excess basis. Therefore, Seaside’s primary would provide coverage initially, and Seaside’s excess would provide umbrella coverage to Beacher. Beacher’s line of coverage would respond only after Seaside’s $11 million in primary and umbrella coverage is exhausted, if at all.

Based on the jurisdiction, the courts have imposed different approaches to answering this question:

Vertical Exhaustion Approach (Majority) - Elizabeth explained that vertical exhaustion is the majority approach. Under vertical exhaustion, the court recognizes that additional insureds and Other Insurance provisions may establish the priority of coverage, but it also recognizes that the indemnification agreement could further change the priority of coverage established by the policies, if the policies contain the “insured contract” exception to the contractual liability exclusion.

Courts also rely on a judicial economy argument to support vertical exhaustion. Because the resolution of Other Insurance and additional insured issues does not end the dispute where indemnification agreements are also in play, the court seeks to avoid circuitous litigation.

Horizontal Exhaustion Approach (Minority) - Courts that employ the horizontal exhaustion approach do not consider indemnity provisions in contracts between the parties in assessing the priority of coverage. One reason for this approach is that the policies determine the priority of coverage, not extrinsic contracts. The terms and conditions of the policies determine the insurer’s obligations. A second reason is that often there has been no determination of liability on behalf of the indemnitee. In our hypothetical, The Waterslide Boys settled their claim without a determination of liability. The indemnity provision in the management agreement provided that Seaside would indemnify Beacher for negligence, but the indemnity obligation reversed if Beacher was grossly negligent or reckless. Based on the facts available, it can be argued that a court could not determine whether the indemnification provision was triggered. Essentially, the horizontal exhaustion approach is a recognition that the indemnity issue is premature. But again, this appears to be the minority approach.

We wrapped up our discussion with some practical considerations. We focused on things to consider when faced with similar situations.

As in most disputes, relationships between the parties are an important factor in determining an outcome that is reasonable to all parties. Planning ahead and keeping lines of communication open are key elements to a successful outcome.