If This Isn’t Wrong, Nothing is Wrong 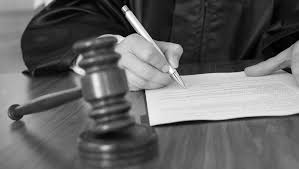 On December 23rd, the Insurance Commissioner of the Commonwealth of Pennsylvania issued a Decision and Order approving the OneBeacon deal to sell Armour Group its runoff business, which is confined to four OneBeacon subsidiaries, including One Beacon Insurance Group and Potomac Insurance Group. The transaction closed the same day.

The Decision provides responses to the concerns of public commenters, including many of my own, which can be found in the transcript of my testimony and my first report and supplemental expert report.

These responses rely heavily on several “concessions” Armour and OneBeacon made, which are listed below, after questions from the Department and the Public Comment Session.

However, these “concessions” are nowhere near sufficient to relieve the concerns of the policyholders or the public commenters. First, an increase of $20.1 million is a far cry from the $520 million in additional capital or $1.6 billion in additional retroactive reinsurance that FTI actuary Alan Kaufman recommended to the Department, with which I concurred. Second, the 5% reduction in management fees does not diminish the fact that these fees will still work to deplete the already under-capitalized companies, whose current RBC — a tool used by insurance regulators to assess the adequacy of an insurance company’s capital — falls barely above the authorized control level.

Nonetheless, the Department states that OneBeacon and Armour’s response was enough to increase the long-range (30 + years) success rate of Towers’ Stochastic Model to 93.44%. The Model itself, however, was heavily criticized by many commenters who cite the inherent uncertainty of asbestos and environmental risk and the industry’s history of under-reserving for long tail liabilities. To that, the Commissioner responded, “uncertainty preceded the Proposed Transaction and is a characteristic of this type of insurance business, rather than a characteristic of the Proposed Transaction of the Applicant.”

Albeit this agreed upon uncertainty, the Commissioner found that the $20.1 million increase in capital, along with the above listed amendments to the original transaction, were, in large part, enough to address the public commenters’ concerns. As a result, the Commissioner approved the deal — one that not a single policyholder came out in support of.

I view this decision as a detriment to policyholders and an abject failure of our insurance regulatory system. The deal is highly favorable to OneBeacon shareholders as it separates the profitable specialty writing of the OneBeacon Group from its legacy liabilities, in particular its asbestos and environmental liabilities. As I wrote in my first expert report and relayed at the public comment session, “The proposed transaction is the most opportunistic and most cynical insurance company restructuring I have ever seen.” Simply put: if this transaction isn’t wrong, nothing is wrong.