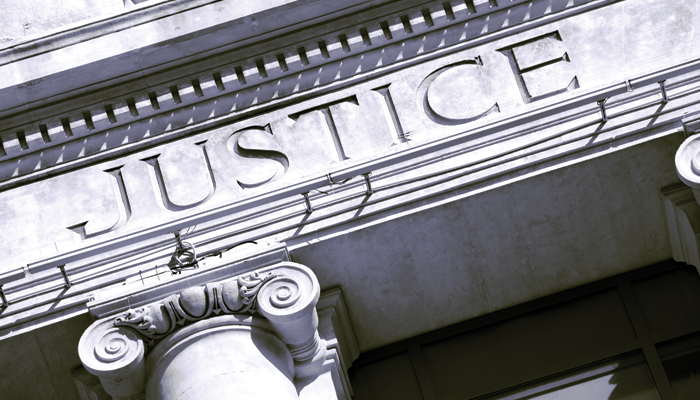 On Thursday, September 13, 2018, the Department of Justice (DOJ) for the first time filed a Statement of Interest in regards to an asbestos bankruptcy trust 524(g) proposed plan. The statement, In re: Kaiser Gypsum Company, Inc., et al., Debtors, was filed in the United States Bankruptcy Court for the Western District of North Carolina. In general, the statement was filed for two reasons:

“Alarming evidence”
Jesse Panuccio, Acting Associate Attorney General of the United States, said there has been “alarming evidence” of fraud and mismanagement within the asbestos trusts in recent years. He added: “Asbestos victims should feel certain that they will receive compensation when they are promised it, but fraudulent claims and mismanagement call that promise into question. In addition, the United States and all who depend on Medicare are harmed when Medicare is not reimbursed for treatment costs that have been paid by trust funds. With today’s Statement of Interest, the DOJ sends a clear message that we will not tolerate fraudulent conduct that cheats asbestos victims and the U.S. This is just one action the department will take to increase the transparency and accountability of asbestos trusts”.

In the statement, the U.S. argues that as an “interested party,” it has standing to appear and be heard in the approval of any disclosed bankruptcy trust plan. An “interested party” includes those whose rights would potentially be “substantially affected” by the asbestos-related bankruptcy plan. The U.S. believes it has an interest in ensuring that the trust is set up and operates in a transparent and accountable manner and that the federal government is able to recover any amounts duly owed through the Medicare Secondary Payor statute. The statement goes on to say that not only should trust beneficiaries and the court monitor the trust, but any interested party, including the U.S., should have that same ability as well.

Lack of transparency and perceived “double dipping”
KCIC has written often about the asbestos bankruptcy trusts. We have tried to bring to light the increasing phenomenon of companies being sued and held liable to the point that they are driven into bankruptcy. Then, after the Chapter 11 filing, these asbestos defendants disappear from the evidentiary record, and their products — which had been found to cause disease — are suddenly not listed on interrogatories or other tort filings from a plaintiff. As a result, a bigger burden is placed on the remaining solvent defendants. They are left with a bigger share of the liability than what should actually be theirs. Making matters worse, it is widely believed that after collecting money from the tort system, these claimants still file with the trusts, alleging exposure to the bankrupt companies’ products. The lack of transparency and the perceived idea of “double dipping” is something that needs to be addressed.

There is also an inherent conflict of interest in the bankruptcy trust system. The trusts are run by trustees who answer to a trust advisory committee (TAC) comprised of attorneys who represent asbestos plaintiffs. Over 60 asbestos trusts have been formed in the last 20+ years and according to the Government Accountability Office, over $17.5 billion has been paid out from the trusts.

The statement from the DOJ also points to the Garlock case which, as we have previously discussed, shows widespread misrepresentations. Claimants who denied exposure to companies’ products in the tort system case filed claims with the trusts, claiming exposure to their products. The DOJ statement highlights one study performed by the RAND Corporation in 2010. It covered the 26 largest trusts at the time, which accounted for about 99% of all payments. The study found that people without malignant asbestos injury accounted for 86% of all claims made to the trusts and 37% of all trust payments. Another study found that many of the claim forms submitted by the same claimants to different trusts contradicted each other. Given the secrecy around the filing, reviewing and payment of the trust claims and the lack of oversight, it is hard to stop these issues of fraud.

Therefore, the DOJ’s statement argues that the plan for the Kaiser Gypsum trust does not have enough safeguards in place to prevent fraud. In order to help ensure transparency and accountability, the U.S. intends to object to a plan that lacks the following provisions:

This statement from the DOJ may be a big step forwards in gaining transparency in the asbestos bankruptcy system.