An Update on Mesothelioma Incidence and Propensity to Sue

The “propensity to sue” is a measure of the likelihood of a person to file a lawsuit, given a particular injury or disease. In order to calculate the propensity to sue for mesothelioma patients, we gathered data on mesothelioma incidence and compared that to mesothelioma personal injury lawsuit filings.  Using the SEER (Surveillance, Epidemiology, and End Results) database compiled by the National Institutes of Health (NIH), we were able to aggregate the incidence rate of mesothelioma per 100,000 people by year through 2017. Next, we gathered total population figures by year from the US Census Bureau data available through 2017. By applying the incidence rate per 100,000 people to the total population estimates by year, we were able to calculate an approximate number of males and females diagnosed with mesothelioma each year. This data, in conjunction with KCIC’s comprehensive database of public information found in asbestos complaints, allows us to provide some insights on the propensity to sue for mesothelioma. 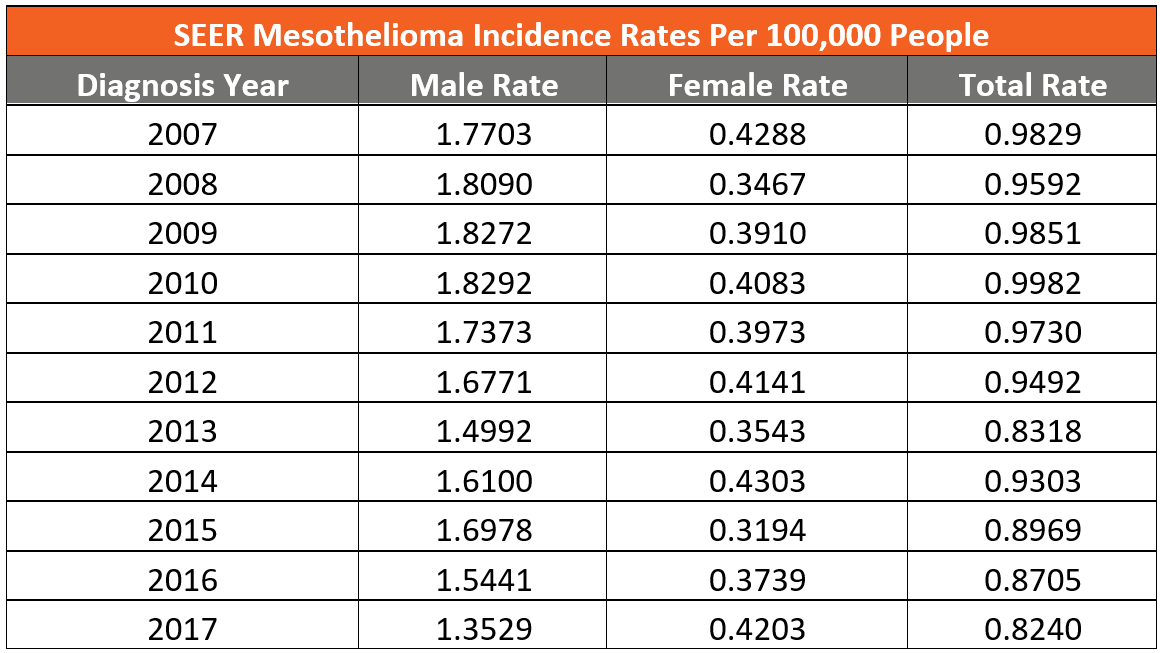 Based on information from our complaint database, the average lag time from when a plaintiff is diagnosed with mesothelioma to the date they file a lawsuit is less than one year. We assume that we have now received most filings for plaintiffs diagnosed in 2017 or earlier. When observing filings by diagnosis year, we continue to see an upward trend in filings for plaintiffs diagnosed between 2007 and 2017. Total filings increased 65.7%, from 1,336 to 2,124. Female filings have increased 114.5% (235 to 504) over the decade, while male filings have increased 55.3% (1,101 to 1,710)[2]. 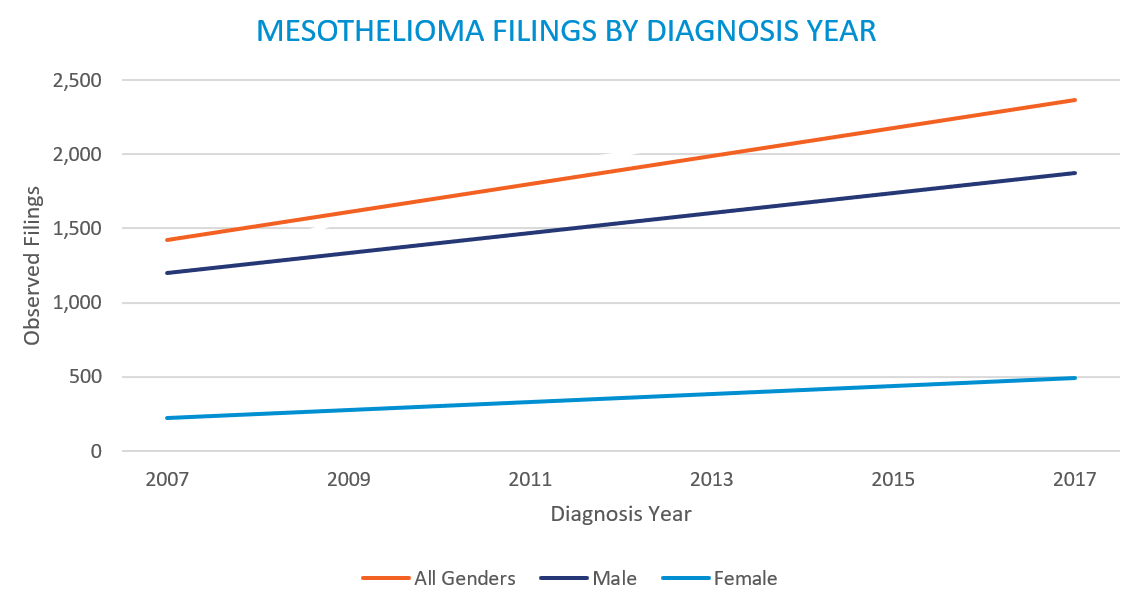 When we compare the calculated diagnoses from the SEER and Census data to the number of mesothelioma claims we see in our complaint data, we are able to get a picture of what percentage of mesothelioma patients end up filing a lawsuit (propensity to sue). The data we collected shows a positive trend in the propensity to sue over time, meaning as time goes on, the percentage of the diseased population filing a lawsuit is increasing.  In fact, when looking at the trend of propensity to sue over the ten-year period from 2007 to 2017, it has risen by about 3.8% per year. For males, the propensity to sue is trending at an increase of 3.7% per year. For females, the increase trend per year is higher – at 4.2% per year. 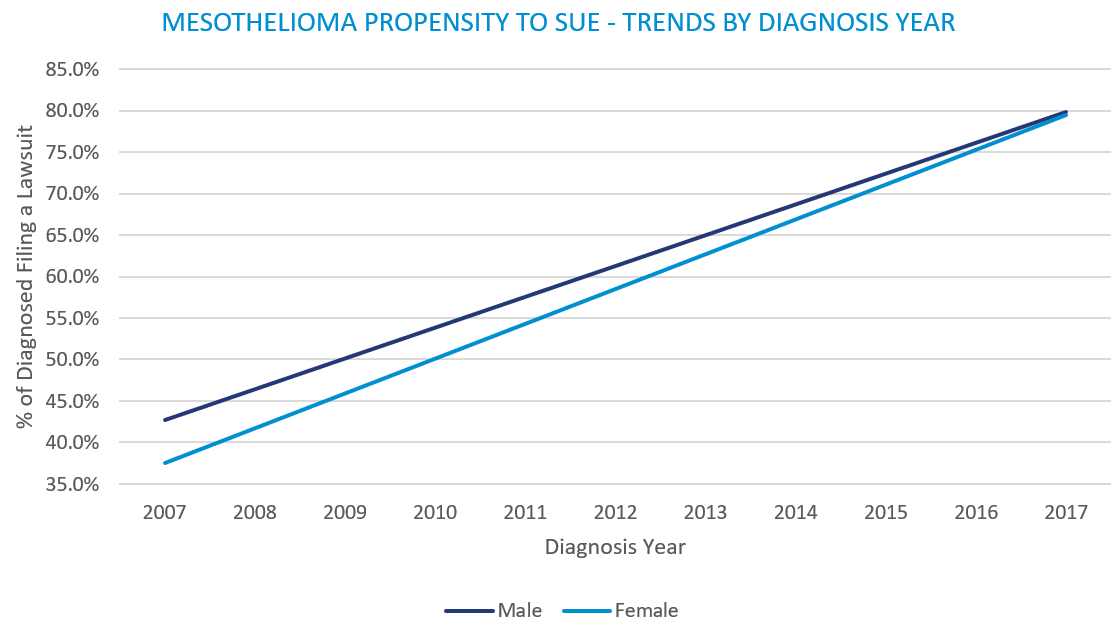 There exists a large range of explanations for why the propensity to sue has been increasing. The one candidate that could be the largest driver is advertising. The increase in plaintiff firms marketing towards those with mesothelioma has created widespread awareness of asbestos litigation and related recoveries. At some point, the steady increase in propensity to sue in recent years will likely level off as plaintiff advertising saturates the population of those sadly suffering from asbestos-related disease.

[1] As of the publication date of this blog post, SEER incidence data is only available through 2017.