A Very Cozy Plaintiffs' Involvement in the Kaiser Gypsum Bankruptcy 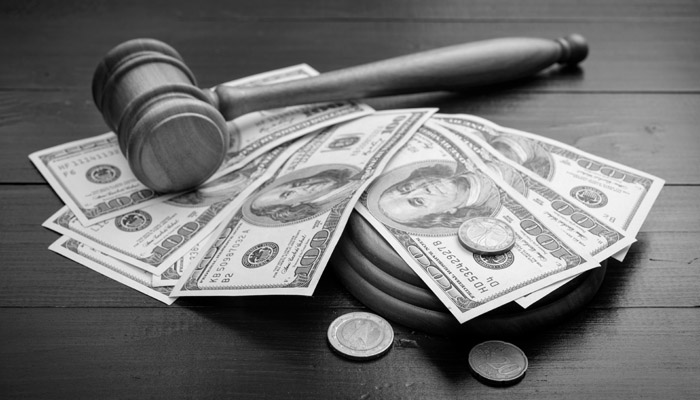 Kaiser Gypsum (“KG”) filed for Chapter 11 bankruptcy protection on September 30, 2016. This represents a serious negative development for the remaining solvent defendants in the tort system.

As has been found in the Garlock case, asserted in the Crane case, and analyzed in both the Rand and Bates White studies, we can expect evidence of exposure to KG products to disappear from the tort system. Because of the injunctive relief granted under the bankruptcy stay, KG will no longer be named on complaints. It is also expected that KG will rapidly disappear from the interrogatories and, without careful attention from defense attorneys, from the deposition record, too. As a result, there is likely to be pressure on remaining solvent defendants to pay larger sums in settlement, picking up all or part of the “share” that is missing due to KG’s bankruptcy.

KG’s “Debtor’s Complaint for Injunctive Relief” informs us that an ad hoc committee of plaintiff law firms was formed prior to the bankruptcy filing to “engage in discussions with the Debtors regarding the terms of a consensual plan of reorganization”. These kinds of arrangements are frequently referred to as “pre-packed bankruptcies”. The Plan of Reorganization is pre-negotiated in whole, or in part, with the parties in interest, pre-petition. The notion that plaintiff firms, largely responsible for KG’s bankruptcy, should have a seat at the table is a little jarring, but such is the nature of the bankruptcy process. Bankruptcy courts are sometimes referred to as “Courts of Equity” in that they employ more flexibility than a strict legal interpretation to disputes, and plaintiffs are very clearly parties with an interest in the administration of the bankruptcy. Unfortunately, the remaining solvent defendants — who are severely affected by the bankruptcy — do not get a seat at the table. What is clear is that plaintiff firms were well aware of the imminent bankruptcy filing many months in advance.

Like all rational businessmen, plaintiffs’ lawyers act according to their financial incentives. Keeping a bankrupt company in evidence is not in the financial interest of the plaintiff. Firstly, as was well established in the Garlock case, plaintiffs have a potential for double recovery by obtaining full relief from solvent defendants in the tort system and then later making claims to the various post-bankruptcy trusts. More significantly, if evidence is kept in the tort system, they face the considerable downside of a bankrupt company being awarded a share on the verdict sheet, thereby exposing the plaintiff and his counsel to the financial consequences of a missing share. Given these incentives, it is not surprising that evidence of exposure to the products of bankrupt companies rapidly disappears from the tort system. It is precisely to address this abuse that KCIC developed our new BEV, Bankruptcy Evidence Verification, tool.

In the KG case, knowing that the plaintiffs’ lawyers were well aware of the impending bankruptcy months in advance, we were curious to see whether plaintiff firms would be able to resist the temptation to start dropping KG from their complaints, pre-petition. KCIC, in the course of our claims administration work, processes the vast majority of the asbestos-related complaints filed in the country. As a result of this unique database of complaints, we were able to take a look at the monthly KG filings rates in 2014, 2015 and 2016. Low and behold! Just as we expected, the plaintiffs’ lawyers were quite unable to ignore their self-interest. In 2016, they named KG at approximately half the rate that they named KG in 2015 and 2014. Very cozy! But for remaining solvent defendants a lot less cozy — just added pressure to pay more in settlement.