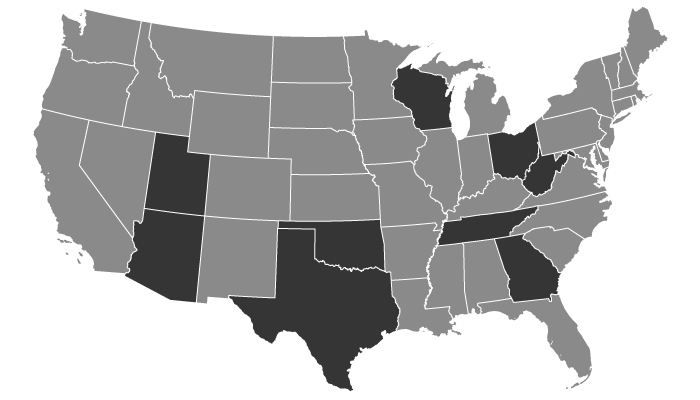 KCIC is pleased to present this guest post by Jennifer Studebaker, a partner at Forman Watkins & Krutz LLP. We invited Jennifer to write for Risky Business after hearing her speak on the panel “The Impact of Bankruptcies on Litigation Strategies” at the Perrin Asbestos Litigation Conference in August.

Bankruptcy trust transparency, or lack thereof, is one of the most hotly contested issues in asbestos litigation today. Repeated attempts at federal legislation have not been successful. However, legislatures in Georgia, Ohio, Oklahoma, Wisconsin, West Virginia, Arizona, Texas, Tennessee, and Utah have enacted laws that entitle defendants to information regarding plaintiffs’ bankruptcy trust submissions. These laws reflect an evolution of the requirements and penalties for a plaintiff failing to provide information concerning its trust filings.

Below is a brief overview of these laws:

Georgia
Enacted in 2007, Georgia Code Annotated §51-14-7 was the first trust transparency law in the country. It requires each plaintiff to provide a sworn statement with the complaint, identifying any trust that a claim has been submitted to, as well as any claim form or other information provided in support of the plaintiff’s claim. Further, the plaintiff must identify trusts that may be liable for the injury that is the basis for the lawsuit, even if no claim has been submitted. If incomplete information is provided, defendants may move to dismiss the complaint but must do so before discovery closes, and the plaintiff has the right to cure any deficiencies.

Ohio
Ohio R.C. §§2307.951-954 went into effect on March 27, 2013. It requires a sworn statement identifying trust claims within 30 days of discovery commencing. The Ohio law also contains a continuing duty to report any claim amendments or additional claims filed. Failure to make these disclosures is grounds for the trial court to decline assigning a trial date or continuing an existing date. Further, if there are other trust claims that the defendants can show the plaintiff made successfully, then defendants have until 75 days before trial to move the court to stay proceedings.

Oklahoma
76 Okl. St. Ann. §§ 81-89 has been in effect since August 22, 2013. Oklahoma, unlike Georgia and Ohio, does not require the plaintiff to provide a sworn statement of trust claims. The state merely requires that a statement be provided within 90 days of the lawsuit being filed. The disclosure must include claims that have been filed, as well as claims that the plaintiff anticipates filing, and the law includes an ongoing duty for the plaintiff to supplement with new claims filed and additional information. This statute also allows for the case to be stayed, provided the defendants file an appropriate motion no later than 90 days before trial. It further allows for the court to take judicial notice of the valuation of a claim made to a trust. Finally, pursuant to the Oklahoma statute, defendants are entitled to setoffs for payments made by the trusts or based on valuations (if no payment has been issued).

Wisconsin
W.S.A. §802.025 went into effect March 29, 2014, requiring an initial disclosure of trust claims in the form of a sworn statement within 45 days of asbestos issues arising in a lawsuit. If all claims are not made, the defendants can file a motion requiring a plaintiff to file additional claims and, if granted, the court shall stay the action. Further, under the Wisconsin statute, materials submitted to a trust in support of a plaintiff’s claim with the bankruptcy trust may be sufficient to support a jury finding that a plaintiff was exposed to asbestos from the trust’s products.

West Virginia
On June 9, 2015, West Virginia §55-7F-1, et seq. took effect. It requires a plaintiff to provide a sworn statement 120 days before trial of trust claims that have been made or may be filed. This statute also requires the plaintiff to supplement as new claims are filed and new information is discovered. Defendants may file a motion to stay the case 90 days before trial if there are additional trusts where a claim can be made; however, the law requires a defendant to meet and confer with plaintiff’s counsel prior to filing its motion. Additionally, this statute — like Wisconsin’s — states that trust materials may be sufficient to support a finding that the plaintiff was exposed to the trust’s products. Finally, this law allows for setoffs based on the valuation of the plaintiff’s trust claims.

Arizona
In Arizona, pursuant to A.R.S. §12-782, a plaintiff must provide a sworn statement regarding anticipated and filed trust claims within 45 days after the defendant files an answer and must provide the trust documents within 60 days of the defendant’s answer. Like most of the other statutes, Arizona’s law includes an ongoing duty for the plaintiff to supplement. This law is unique. It states that a court may not set a trial until at least 180 days after the plaintiff makes the trust disclosures. Arizona’s law contains the same provisions as West Virginia’s regarding setoffs and utilizing submission documents as proof of exposure to the trust’s products.

Texas
September 1, 2015, is the effective date for Texas Code §§90.051-058, which contains variations from the other laws. It requires a plaintiff to make trust claims no later than 150 days before trial unless the fees and expenses associated with making the claim outweigh the recovery. Plaintiff must then disclose the claims and claim materials no later than 120 days before trial or by a date set by the court. This law contains a duty to supplement and allows a case to be stayed if the claims are not made. Further, it states that the MDL court may not remand an action nor may a trial court commence a trial until the plaintiff has met the trust claim obligations articulated in the statute.

Tennessee and Utah
The Tennessee law T.C.A. §§ 29-34-601, et seq. and the Utah law U.C.A. 1953 §§ 78B-6-2001, et seq. are the most recently enacted laws, becoming effective on July 1 and May 10, respectively, this year. These statutes are similar in that both require a sworn statement to be provided no later than 120 days before trial of all claims made, all potential claims, and the claim documents. Both laws contain an ongoing duty for the plaintiff to supplement and provide additional information. Each statute allows a case to be stayed if the plaintiff fails to make the mandatory disclosures or has failed to make claims to the trusts.

In 2016, legislation was introduced in Indiana, Louisiana, Missouri, New Jersey, and New York but failed to pass in any of these jurisdictions. Significant progress has been made not only with the laws that have been enacted in the nine states above, but also in terms of case management orders and court rulings that require plaintiffs to make trust disclosures before a trial can commence. There is still more work to be done. Until we have uniformity in the dissemination of trust information, plaintiffs can continue to make inconsistent claims in the trust system and the tort system — to the detriment of the defendants.